A Beautiful Day To Die 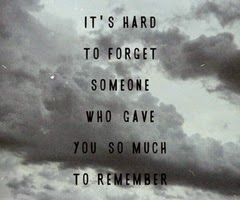 Addiction. Softening. Compassion for the alcoholic. Led Zeppelin. These are my life's realities, its awakenings, and the American rock legend that touched my summer.

I'll start by saying that It's rare that I write about the specifics of my hospice work, mainly because I respect the HIPAA laws that keep a protective boundary around the patient. But I believe that I am being of service when I share my learnings with a society that is deficient around death. I also feel that synchronicities in life can create a memorable death that is worthy of being shared.

The weather on this summer day was magically warm. Not a leaf fluttered as San Francisco's summer winds stayed off the coast. Nature's colors were saturated to their full potential and conversations carried though screenless windows hanging in the hot air to be heard. As the resident birds bathed in the bird bath on the back deck of Zen Hospice Project's Guest House, I turned to our Volunteer Manager and smiled, "What a beautiful day to die."

Over the weekend I had received an email that Princess, our five-month long resident, was nearing her end. She would possibly become a "coroner's case" if we didn't raise the funds it would cost to cremate her. She was estranged from her mother and young sons, from the father of her children, and her boyfriend caught in the web of his own addiction who no longer paid her visits. I read the plea for her fundraising on my phone and found myself more focused on the miracle that Princess was actually still alive. One nurse had explained to me that since Princess was only in her early thirties, her heart would probably keep beating even while her organs failed. I was sitting next to my father on his 70th birthday reading this plea for Princess, and when he saw my tears he asked what was wrong. I shared a brief description of Princess while he hung his head.

"Well, I'll write a check for $100," he said. I looked up at him in awe. A complete stranger who was willing to give. "Everyone deserves to die knowing they were loved," he said.

Princess was dying from the complications of alcoholism. Doctors call it cirrhosis. But what I've learned in 12-Step work, Princess was dying from a "spiritual malady," one that had her swollen to three times her normal size. During my weekly afternoon routine it would take two volunteers and two nurses to turn her for bed baths. Every Wednesday at 4PM I could barely lift one of her legs to rearrange the three pillows it took to support each calf and foot. Her edema—the swelling of the body—caused her such pain that I witnessed for the first time in my hospice work that a patient could completely separate herself from her body.

Princess was also a total kick. She was forthright and honest, incredibly smart, and had a great sense of humor. Her charm and wit reeled me in to her cause. These were her good qualities—or character assets as they are called in 12-Step—which also happen to be common assets among addicts. But these assets didn't surface in Princess right away. She was abused every which way during her short life, and so Princess had no idea how to ask for what she needed. Nor did she have the ability to actually believe that people—even strangers—would serve her when she had nothing to give them in return.

The first time I came to her room to ask her order for dinner she demanded I fetch her a Tombstone pizza with pepporoni and onions. I struggled with the restaurant quality range in a Buddhist kitchen that cooks whatever the residents want (including meat), but leans towards fresh, organic ingredients. I laughed at myself for burning her Tombstone crust, but I had sliced some onions myself and placed them mindfully around the pepporoni. Princess didn't even notice the crust, ate the whole personal pizza, and then cracked open another can of PBR. "Delicious," she sighed letting out a belch. In her final weeks her demands lightened, she even became specific. "I'd like vanilla ice cream with chocolate sauce, and a glass filled halfway with ice. But don't make the glass of ice right away. Wait a little bit so that the ice doesn't melt before it gets up here."

"Thank you!" she screamed from her bed as I made my way down the hall.

When I walked into Zen Hospice on that beautiful day I saw the two nurses, Candie & Grace, who had tended to Princess in those final months of her life. They smiled and giggled, commenting on the local news team who had been in the house to do a news story during the time that Princess died. Candie & Grace were the nursing duo who had bathed Princess every week, who had tended to her bed sores and her split, bleeding skin. They coined her Princess and took the lead on their remarkable, tender care. Princess had told Candie & Grace which dress she wanted to be dressed in after she passed and that she wanted the two of them in the room when her time came to go.

Candie & Grace began their death tale, a common experience among staff and volunteers at this mindful house for the dying. They talked about the volunteer who had sat with Princess while her breath labored. Then they shared how that volunteer had been sitting there for a few hours and finally whispered, "I have to go to the bathroom," as she had been holding it for some time. Grace sat down next to Princess, who lay with her head turned toward the wall with closed eyes. Princess hadn't been responsive for days. Candie then entered Princess' room and as the dynamic duo of Candie & Grace filled up Princess' room one last time with love, Princess turned her head from the wall to face them both, opened her eyes, looked at them one last time, and took her final breath.

We raised double the amount of funds needed for Princess' cremation. And that evening after Princess' death our Volunteer Manager sent out the requisite email illustrating Princess' death story & concluded it with the lyrics below. His choice of words reminded me why I love this work. Mostly because I get to learn from those who never even knew they could teach.

And then I pulled up YouTube and got some Led out.

Our shadows taller than our soul.

There walks a lady we all know

Who shines white light and wants to show

How everything still turns to gold.

And if you listen very hard

The tune will come to you at last.

When all is one and one is all

To be a rock and not to roll.

And she's buying a stairway to heaven."

—From "Stairway to Heaven," Led Zeppelin