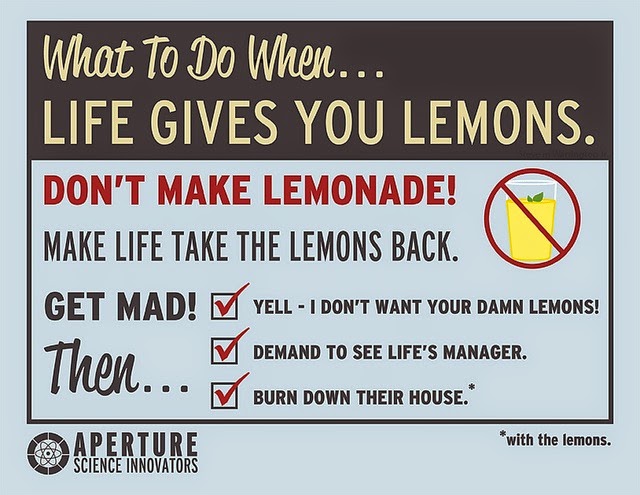 One of the best explanations of the grieving process I've ever heard is that each time we experience grief, we dip into our grief reservoir, and that each time we dip into the grief reservoir, we dip back into all of our past grief. I happen to know that in my reservoir live tenderness, vulnerability, feelings of uncertainty, and a habitual fear of change. When I dip down into my reservoir, I often come back to the surface surprised, gasping for air.

Some months ago I dipped into my grief reservoir. It was the five-year anniversary of my ex, Bryce's, suicide. I knew a thing or two about anniversaries from the previous four years, but I had made the assumption that five years had been enough time for me to get through this particular anniversary without falling apart. Surprise. When I dipped into my reservoir and watched the emotions surface, it occurred to me that this was a pretty significant anniversary and added to it was a cup of awareness, a quart of sadness, and a half cup of growth. So much had transpired and healed in my life since Bryce’s suicide that I assumed the event had just turned into a sad memory from my past. But it hadn’t. It had become the most significant event that had integrated into my life, so much so that it had directed me onto an entirely different path.

After Bryce's suicide, I started 12-Step recovery in Al-Anon and investigated a family tree weighing heavy with the fruits of addiction. I attended suicide conferences to research PTSD on suicide survivors and completed suicide support group training to help others who had been struck by the same trauma. I wrote multiple articles on grief and continued to help others through their own grief, particularly those struggling with a loved one’s suicide or those who had attempted suicide themselves. And I gratefully started to serve my community by doing suicide prevention with teens when I found out that Bryce's suicidal thoughts started at the same age. But most poignantly, I used my grief and all of its gifts to train to sit at the bedside of those dying through Zen Hospice Project. Looking back on this list of new commitments, life was both rich and full. It also offered me more meaning ever since the suicide had occurred; yet somehow I still found myself grieving five years to the day.

What I didn't realize on that day was that my grief was laden with new life. Two days later I learned that I was pregnant. I had never been pregnant before and it was a miracle to me that at the age of 38 I was able to become pregnant so quickly. My husband and I were happily whisked into a new take on our future just days after I felt myself drowning in my grief reservoir. So here they were again—happiness and suffering—all in a week’s work, just as life likes to do it - whip it up and bake it.

This recent news was also sprinkled with curiosity, a dash of anxiety, and a debilitating bout of constant morning sickness. I was miserable. I was depressed. I was excited and I was scared. But wasn’t I also supposed to be enjoying this little life growing inside of me? Surprise. I threw up everyday. I could barely leave the house in fear of puking in public. I had to trade in my healthy diet of leafy greens and vegetarian dishes for turkey sandwiches, chicken tortilla soup, banana-vanilla ice cream milkshakes, and peanut butter & jelly sandwiches each night before bed. Saltines and ginger ale became my staple bedside snack. This growing life inside me was a bitch.

Nine weeks into my pregnancy, I went in for my first ultrasound and came out with an empty amniotic sac. The egg had attached, my body had flooded itself with pregnancy hormones, but the baby had never grown into much of anything. It was merely a yolk. Two nights before that ultrasound, and a day free from puking, I had just noticed my tummy poking out above my pants. And I smiled with joy while making my husband photograph my baby bump from the side.

After opting for a D&C five days after that photo session, I lay on my aunt’s living room couch. My aunt comforted me with warm tea and cookies and sent me home after many hugs and tears with a bag of Meyer lemons. So what if my uterus had only produced a blighted ovum? Life—once again—was handing me lemons.

I went home and searched recipes for something to bake my heart out that would take a bag of lemons off my hands. I shared the miscarriage news with my new neighbor who shared her miscarriage story with me over dinner. She told me to take my time—reminding me that sometimes the healing takes longer than we think—and that for her it took a full year. I listened as she opened her heart and then decided to spend the next two days alone baking. During those two days I learned something: that two batches of muffins are much better than one. And because my new neighbor had just switched over to a gluten-free diet, I made her a special batch, then I swaddled them in an old sarong and placed them at her door.

In the evening she sent me a text. “Very yummy and not too sweet,” she thumbed. “Slightly bitter, like the experience. ;-)”

That's how I came to dip into my grief reservoir to remember that grief bakes slowly over time. I recalled that women have grace to share from their experiences. And that when life gives you lemons, make miscarriage muffins, and bake them as fast as you can.


1. Heat the oven to 400 degrees. Combine the flour, 1 cup sugar, the baking soda and salt in a large mixing bowl. Set aside.

2. Cut two lemons into 1-inch pieces. Put them in a blender and pulse until the lemon is finely chopped. In a small bowl, lightly beat the eggs. Add the milk, butter and chopped lemon. Stir.

3. Make a well in the center of the dry ingredients and pour in the lemon mixture. Stir just until all ingredients are moistened.

4. Spoon the batter into well-buttered cups of muffin pans, filling each half full.

5. Combine the remaining 2 tablespoons sugar and the cinnamon. Sprinkle about one-fourth teaspoon over each muffin. Cut the remaining lemon into 9 paper-thin slices; cut each slice in half. Top each muffin with half a slice of lemon.

6. Bake about 20 minutes, until golden brown. Run a small spatula or knife around each of the muffins to loosen, remove from the pan and cool on a wire rack. Serve warm.