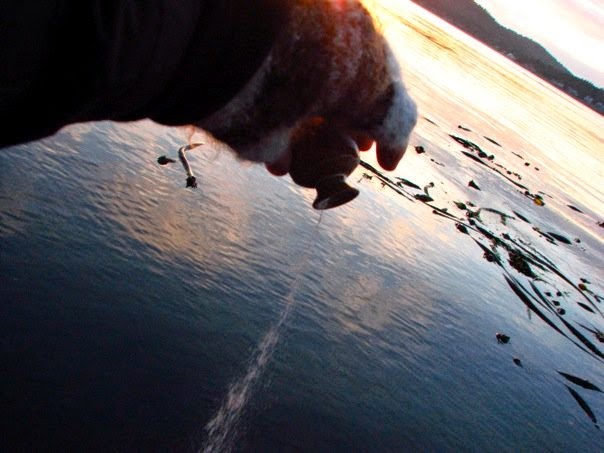 I met my boyfriend’s brother for coffee and walked away with my boyfriend’s ashes. As I stood waiting for my name to be called, hoping for distraction from the silence, I took a deep breath. In the last fifteen minutes, I hadn’t heard his brother once say my boyfriend’s name. You might think that made it easy for us to meet on a sunny day to talk in a crowded coffee shop, but it wasn’t. Because now that my boyfriend was gone, his brother and I had a lot less to say to one another.

I expected to talk about his suicide notes or how incredibly scary it was in those final summer months living with my boyfriend, and how I had cried myself to sleep in the second bedroom out of fear. I wanted to tell him that his parents and I had mistakenly believed the cuts on his brother’s wrists had come from a slip of his chisel. I wanted to know if he had also counted five suicide attempts from his brother’s final two-week journal entry, and how his brother could hide anything. As I sat waiting to hear my boyfriend’s name cross his brother’s lips, I wondered if his lack of questions for me meant he had known something that I hadn’t, and had known it so intimately that it would never be shared.

We put our empty mugs on the counter and drove to his house to retrieve the remaining items that I was meant to have. He asked, “What else is going on?” which had been his most probing question of the morning. Did he want to hear about any romance, or was he thinking that if I shared something then he wouldn’t have to share himself? But therapy, support groups, helpful programs, and new friends had taught me that I only had to share what was best for me. “Not much,” I said dodging a car that tried to cut me off.

He walked me through my old house, the one I had shared with him, his (and my boyfriend’s) sister, and her husband and daughter. He spoke about the new back porch that would include a handicap ramp for his father, who my boyfriend had paralyzed in a car accident just two months before taking his own life. The ramp would be removable because my boyfriend’s father wouldn’t have his oldest son’s legacy be that he had put his own father in a chair. His father knew he would move his own legs again some day, as did I, because we were both optimists, one of the very qualities that my boyfriend had envied in both of us.

We stepped into the kitchen and he handed me a rock I had given to him that I had stored in my boyfriend’s tool shed. My boyfriend had collected large rocks to build into a fireplace, a fireplace that he fantasized about with me as we lay under a tarp on sand watching moose dunk their heads into the Salmon River on our first Idaho river trip. His fantasies of the future had included me, so I spent our lazy afternoons on rock islands in the river looking for my own rock to contribute. I found a light gray rock with a solid dark gray stripe around the center, outlined on either side with two thin white stripes. An unbelievable rock that had only seen nature, but was found by a city girl. He smiled, throwing it into his handmade dory that we floated. Now I held the rock in my arms, just as I had held him that last time we were together, when we sat in spider position on the carpet facing one another. His tears soaked his neck while he questioned, “What is happening to me?” All I could muster after a year of hell was, “I don’t know,” through my own tears.

As I stood in the kitchen with the rock, I thought back to my attempts to find a container for his ashes last summer while visiting his parents. His mother had found four ceramic jars with corks to distribute a handful of my boyfriend’s ashes to his four siblings, but said that she couldn’t find a container for me. I had mistaken it as a form of silent punishment until she told me the shop where she had bought them so I could see if they had one more. I stood in the kitchen wanting to tell his brother how humorous that day had been, and how grieving sometimes did that to us, gave us laughter as a respite from our pain.

The town where my boyfriend and I had lived for the last two summers only had a handful of shops. I stood in the grocery store aisle with a strange smile, wondering who would ever go to a grocery store looking for containers for their dead loved ones. So I went next door to the shoe/outdoor wear/clothing/houseware store and crept around set tables hoping a perfect container might call me over to its shelf.

“Can I help you find something?” A blonde saleswoman asked while I tipped a container upside down to look inside.

“I’m looking for a small container with a top on it to hold something.” I figured my ambiguity might encourage her to bring options over without me having to whisper “urn” or “ashes.”

She walked me over to a fancy set of salt and pepper shakers, the kind with the glass bottoms and stainless steel tops that twisted right, exposing large enough holes for the salt to seep into boiling water or a pot of bubbling sauce.

“That’s not exactly what I’m looking for. It needs to be unbreakable, and have a top, like a cork, so whatever’s inside can’t escape.”

I wanted to be more helpful for her, until I realized that wasn’t my job. Not now, no more. My chest sunk until I smiled politely at her, “Thank you,” as I turned to leave the store. She smiled confused since she had shown me five containers that would never work. How could she know that the containers weren’t meant for dead boyfriends?

“Here, you can have my container of ashes,” his brother said, pulling me out of my daze. His mother had eventually found an empty jam jar for my ashes, but his brother was apt to keep the jar and give the other container to me. He stood at the junk drawer pulling out rubber bands and tape to wrap around his container that was now mine, the handmade piece of pottery with the cork stuck deep inside so none of his brother could ever come out. He pushed the cork in further with his thumb, wound the rubber band around the cork, and then taped over the cork four times with scotch tape.

“This is so surreal,” I said as he secured his brother’s ashes, reminding me of his brother himself.

“Oh, being here in your old house?” he said deadpan.

“No, you giving me Bryce’s ashes.” I finally said his name as if to jog his memory. “Sometimes I still can’t believe that he’s really dead. I would never have foreseen this years ago.”

“Yeah,” was all he gave in return.

I walked out to the car with the flawlessly lined rock in my arms and Bryce’s container of ashes between my fingers.

“What are you going to do with them?” he asked.

“I don’t know. I remember Bryce and I talked about flying his plane over Africa. Then he had this dream about me and a place I would build for travelers in the Serengeti, so I think having these ashes will give me more of a reason to get there someday.”

I explained to him that a part of me knew that the contents of this small container were no longer Bryce, but then another part of me felt he should go to a place where he had always wanted to go.

“But he’s just going to ride in the van with me for now,” and I smiled, climbing into my van.

I looked down at the small compartment in the console, just behind the gearshift, an ideal place for my boyfriend’s ashes in his small container. I nudged him in there securely, knowing that he would never spill out, and then I drove him home.