The City and The Man 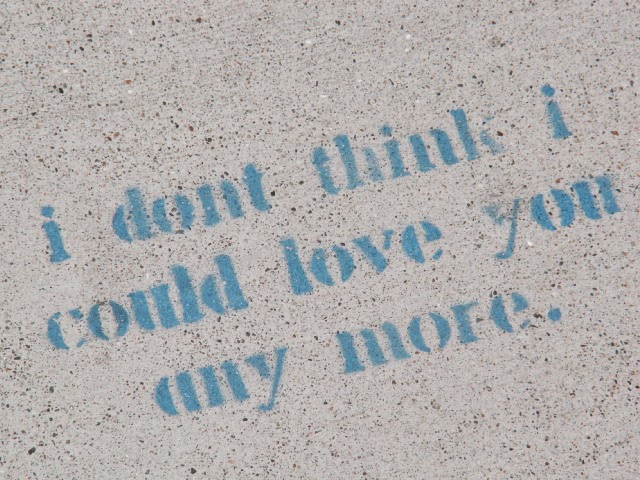 I am amazed at my boyfriend. I can say this here because he doesn't know that this site exists yet. The other night I did one of those late night female things, I watched him as he fell asleep. Winding myself up on two cups of coffee that day, at eleven at night., I was rearing to go. He wasn't, he was sleeping like a baby, only stirring when wanting to cuddle me in some other position.

I like cuddling, but I like to do it for about ten minutes and then I like to break apart to our separate corners of the bed, like in a boxing match. Except when we're in this certain position where I get to be somewhat flat on my back, that's the only time I cuddle for about fifteen.

When I watched him the other night, it reminded me of the love one must feel when they have a child. It's the purest form of love, free of frustration or angst. He looked so peaceful lying there, with his mouth slightly parted to keep the fresh air coming in. I could have watched him for hours, but instead I did some meditation and finally let the coffee buzz fall into the background as I drifted off to sleep.

Our relationship hasn't been a smooth ride, whose is? But I can truly say now, at this very moment, that the work has paid off. I no longer have to follow that comment with qualifiers like, "Even if it doesn't work out" or "I'm always okay being on my own." Because the truth is, it is going to work out because I want it to. And I am okay on my own in my life, but it's even better having him in it.

I've recently moved into a nice little one bedroom apartment on the last sweet alley where the Mission meets the Castro. I found a woman on Craigslist who was going to India for three weeks, and since I love India and we needed a home, I pitched her my story. She chose me and now we get to care for her two fat cats, Oscar and Herzog, for the next three weeks. When I moved in yesterday, I noticed that I started to make space for my boyfriend who will arrive back from the weekend in Portland. It was the first time that I took the time to consider him when he wasn't even here for me to do so. It was a shift into a new thought process. But it was also similar, like the feeling I get when he comes into the kitchen to give me a squeeze and gives me that silly dinosaur sound because he always knows it will make me laugh. I lean up on my tippy toes, trying to reach his six foot oneness, and I could hug him like that forever.

We're back in the city now after spending the last five months in Idaho so that I could work on my book and he could take on a partner to help run his business. Three months ago, I didn't think we'd be back here together. I was certain that I'd be doing the roommate thing, again, at the ripe age of thirty-two. But we rode the wave again, and it feels like we've caught quite a nice one this time.

I walked around the city last night for the first time as a returning resident. I am enjoying this life we are trying to create, living in another place for some time, then travel, then returning to the city. As I walked along Market Street, I noticed that my head was up, my eyes were wide, and my heart grew at the sight of all of the diversity, the beautifully cheap produce and the sound of the aging rail cars that landed in San Francisco from somewhere else years ago. I marveled at their pastel paint jobs. I appreciated being able to walk again to get all of the things I needed.

As I walked, I looked people in the eyes and smiled. They smiled back. It was nice to feel new again in my old town.

This morning I was awakened by the speed freaks screaming at eachother over who would get which bottles in order to turn them in, to get their money, to get their fix. All of the city sounds were like a warm welcome home. Even the garbage trucks and the taco truck that just drove around the block honking it's horn that played La Cucaracha. It's all welcome.

But there is a goal here and that is to not get too attached. To the love I have for the city, or the crazy love I feel for the man. Because both feelings will change. I know this because everytime I get too excited about the good feelings I have for something, another item is right around the corner to knock me around a bit. But that's okay, that's what life does to keep us in balance.

The boyfriend and I will go through the brief adjustment stage, especially when it comes to living in an adorably small one bedroom apartment and living on new turf. We will have to make a decision, whether to take the risk and drive the newly purchased Toyota van to Mexico, or play it safe by getting the job and remaining in the city for now. The current question being if the real risk is to stay.

The speed freaks will get to me, the noise and the people who move fast with impatience will too, and I'll long for the endless summer days and quiet walks beneath the Tetons back in Idaho.

But that is how it goes, everytime, on this ferris wheel of living life that goes around. The passengers change, as may my feelings, but the ride remains the same.